Using prior knowledge to build vocabulary

Within education, the Matthew effect describes how the “rich get richer” in literacy skills. We focused on this effect in vocabulary, and asked how existing vocabulary knowledge might support memory for new words.

Children with good literacy skills are more likely to enjoy reading, read more texts of increasing difficulty, and learn more words as a result. This snowballing literacy development is known as the Matthew effect. While the rich in vocabulary knowledge get richer, children with poor vocabulary fall increasingly far behind. Yet differences in word learning are not only seen in reading contexts. We asked how a learner’s existing vocabulary might help them to remember new words. We found that children and adults both used their prior knowledge to help them learn new words, but that children might be better placed to overcome any limitations.

To test the role of prior knowledge, we taught participants made-up words with different numbers of “neighbours” in English. A word is a neighbour if it involves a single sound swap. For example, the made-up word solly has neighbours in silly, jolly, sally, folly, etc. We predicted that prior knowledge of neighbours would help in learning made-up words. In contrast, the made-up word peflin has no neighbours in English, making it harder for people to use their prior knowledge to help. After learning the new words, we tested participants’ ability to remember them when prompted with the starting sounds. Could people recall peflin given only pe-? Participants completed the same memory task the next day and one week later. These later tests were important because sleep can improve memory for new words, and changes how they are stored in long-term vocabulary.

Immediately after learning, people were much better at remembering words with neighbours. This means that both children and adults use their prior knowledge to help them learn. Intriguingly, it was the words without neighbours that improved the most across tests. Moreover, children improved more than adults, so they were equally good at remembering words with and without neighbours one week later. This fits with the idea that children’s memory might benefit more from sleep compared to adults (although sleep is only one possible explanation, since we didn’t measure sleep itself in this study). A better ability to improve new memories is helpful for children, as they typically have lots of new information to learn and less prior knowledge to help them learn it.

We also measured children’s and adults’ existing vocabulary knowledge using a separate assessment. We predicted that individuals with good vocabulary would know more word neighbours, and show a bigger benefit from them in learning. This was not the case. Those with better vocabulary remembered more words overall, but the benefit was not specific to words with neighbours. In later experiments, we found that one neighbour was enough to help a new word in memory. Perhaps, then, all children and adults could access one of the many possible neighbours in our study to help them learn, but it did not help to know more.

So prior knowledge helped memory for new words, but could not account for the Matthew effect in vocabulary learning for two reasons. First, individuals with better vocabulary learned more words regardless of their neighbours. Second, the benefit from neighbours was short-lived, especially for children. Other, possibly sleep-related, processes helped words that could not benefit from prior knowledge to catch up in memory. This was particularly the case for children, and likely helps to support the vast amounts of new learning during childhood.

This post was a summary of: Offline consolidation supersedes prior knowledge benefits in children’s (but not adults’) word learning. James, Gaskell, & Henderson (2019), Developmental Science. https://doi.org/10.1111/desc.12776 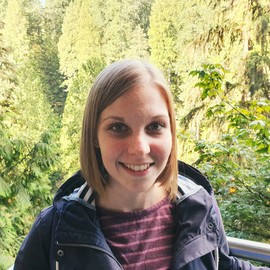